The procedures for family violence matters are basically the same as for other criminal matters. Generally, victims will firstly report to the police who then will file a case and conduct investigations. If there is enough evidence, the police officer who is responsible for the case will prosecute the accused as an informant. Therefore, it is the police rather than the victim who brings the accused to the court.

What is the reason that victims cannot withdraw the court process against the accused even if they wish to do so?

In Australia, criminal cases are prosecuted through government agencies. When a victim of family violence reports to the police, the police must file a case and conduct investigations. Depending on the strength of evidence, the police have discretion to decide whether to prosecute the accused.

Once the case is filed, the matter is taken over by the police and the victim has no right to choose whether the police prosecute the accused. In the prosecutions, the police are in the name of the Queen on behalf of Australian people. Family violence is intolerable in the eyes of Australian people and the accused is punished in this perspective. Therefore, the victims do not have much influence in whether to prosecute.

Generally, unlawful assault is the most common criminal charge for family violence matters. Unlawful assault if a summary offence which will be dealt with by courts in a relatively simple and quick manner. For example, if the accused decides to plead guilty, the magistrate may convict the accused at the first mention hearing and end the case with a fine. The whole process is very efficient and it may only take a month from the offence happened to the conclusion of the case. If the accused decides to defend, the magistrate will usually set a date for the final hearing at which the magistrate will look at the evidence from both sides and decide whether the accused is guilty and how to punish.

In family violence matters, we often see that the police send a Family Violence Safety Notice to the accused when the case if filed.

Safety Notice and Intervention Order could stop the accused from conducting family violence to the victim. They may include:

A final intervention order has a long-term effect. Magistrates may make a final order after hearing all evidence at the contested hearing. Magistrates must be certain that the accused has conducted family violence and is likely to do so again.

Once a final order is granted, the accused must obey the strict conditions. If the accused violates the order, they may face criminal prosecutions by the police. However, the victim or the protected person could apply to the court to modify the conditions.

The definition of family violence is quite broad in Victoria. It includes not only physical abuse, but also threat, coerce, emotional or psychological abuse, and economic abuse.

Psychological and emotional abuse is a type of behaviours that hurt others emotionally and spiritually. Although it does not cause physical harm, it will bring mental pain and distress. When someone continues to harm you mentally and maliciously, making you feel fear and shame and other negative emotions, it is a kind of abuse. Specific examples include:

When dealing with people, everyone will make mistakes, but if the above situations continue to occur and cause you to suffer a lot of mental pain, you should seek help to protect yourself. If you have suffered any form of family violence, please contact your lawyer immediately. Your lawyer can help you apply for a family violence intervention order to change the situation.

Examples of economic abuse include:

If the accused is prosecuted by the police, it is highly likely that a criminal record will be left. There are generally two practical options to avoid criminal records.

If successful, the accused will have 12 months to fulfil the conditions set by the magistrate. The usual conditions include donating to some charitable organisations and participating in Men’s Behaviour Change Program.

2) Successfully defend in the hearing

In this way, there will not be any criminal record left. If the victim does want the accused to have a criminal record, we advise that they should clearly express their opinions to the police. Particularly, the victim could write a letter to the informant, indicating that they do not want the police to prosecute the accused and that they wish the informant to review the whole matter and consider allowing a diversion program.

However, under normal circumstances, the police have the signed affidavit of the victim and they are willing to enter the final hearing only with the affidavit. Therefore, it is a bit difficult for the accused to successfully obtain diversion program in the family violence matters. Success needs many supporting factors such as young offender, first-time offence, less serious consequences, etc. The general attitude of the Australian community is that family violence must be punished harshly.

Other positive factors for a diversion program include:

Most family violence matters are relatively less serious violent matters. If the accused is a first-time offender and the victim does not hurt seriously, then the normal penalties may include a criminal record, donating, and participating in some behaviour change program or anger management program. The possibility of imprisonment is quite low unless the consequences are very serious.

In addition, the criminal record will also affect visa applications. In 2019, the Direction No. 79 began to require that visa officers treat violent crimes against children and women as serious crimes regardless of whether the visa applicant was sentenced to imprisonment. Therefore, once you have a criminal record of family violence, it is highly likely that you will not pass the character standards of immigration, resulting in rejection of your visa.

Previous PostWhat to do if the landlord asks me to pay extra money for obtaining the retail lease?Next PostHow to protect your Copyright?
0Shares
FamilyFamily Violence 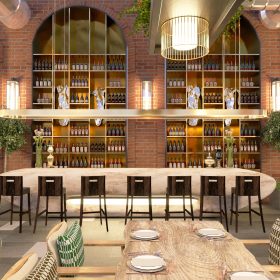 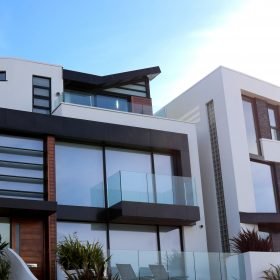 What you must know before purchasing a residential property in Victoria
October 5, 2021Fumens Lawyers
Chat with us